Good to Great: Why Some Companies Make the Leap… and Others Don’t by James C. Collins
My rating: 4 of 5 stars

This is a really interesting book for people who are in a senior leadership position, it shows that any company can be great if they identify what they are good at and they focus solely on that. The book also highlights that this is not an easy of quick transformation taking year (or decades) to get the company doing the things which its good at and improving on it. 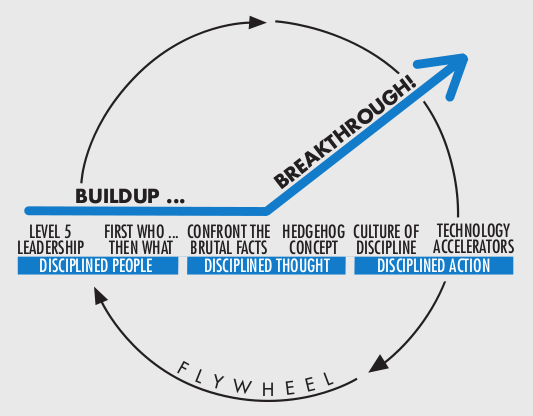 The 6 stages (then repeat to gain momentum) of:

After following the steps it is key to keep doing them, small increments add to big benefits.  The companies which keep changing direction effectively keep growth down where as if they kept the fly wheel going they would have achieved far superior results.