A letter to the Mayor of London

In 2014 the people of London were very moved by the “Blood Swept Lands and Seas of Red” (aka the poppies at the Tower of London). These poppies represented the number of deaths between the start of the war and those up to 11 November 1914. This was an immensely powerful and though provoking installation and it was a shame when it went – though I can understand it would not have been possible to keep expanding it to cover all of the deaths which occurred until the end of the war in 1918 due to its size.

What I would like to propose is that to mark the centenary of the end of the 1st World War in 2018 that we install a series of red bricks within the pavement to draw out the extent with which the poppies from the Tower of London would have reached, had the installation continued to represent the people who died during the entire first world war. These red bricks would form the broad shape of a poppy when seen on a map. To me they would be something that would remind people about the huge number of people who were killed during the war in a way which is very accessible – since many people per day would walk over them.

I would be very interested to hear your thoughts. 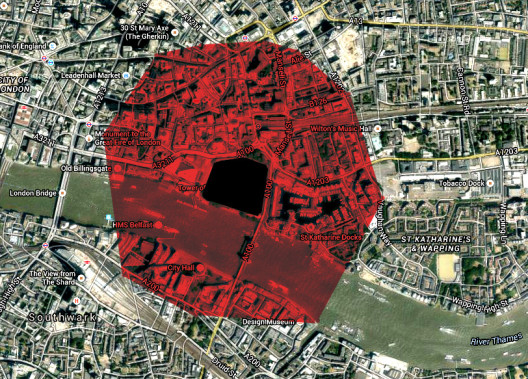