Radical Candor : How to Get What You Want by Saying What You Mean by Kim Scott
My rating: 4 of 5 stars
This book covers a number of topics, of which the one about radical candor is just one, a second is performance management for Rock and Super stars, giving and encouraging feedback, pushing people personally, how to be the boss and getting things done as a team.

Radical Candor is the mixture of caring personally and challenging directly. 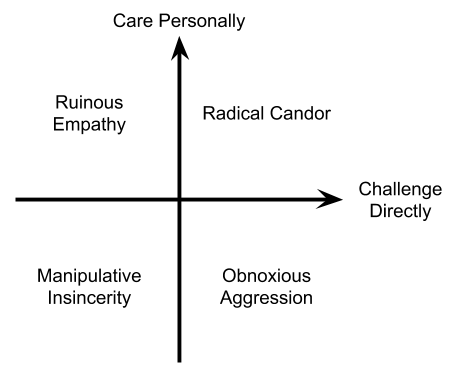 At any point people can be in two gears – “Rock Star” and “Super Star”, an effective team needs a mix of these people the people who are solid, getting things done and are dependable as well as those pushing ambitious, agents for change and promotion. 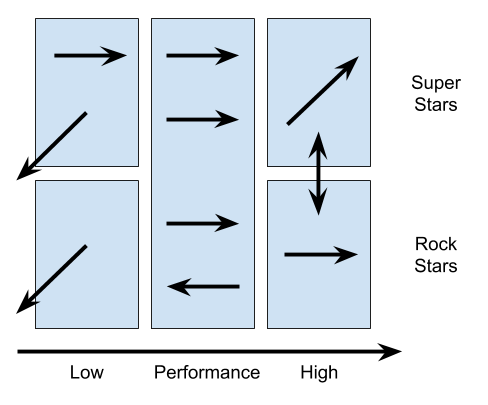 For the Super stars (top right) keep them challenged and be prepared to replace them when they move on. The aim for Super stars is not to become a manager – the development path for them needs to be appropriate for their needs and desires.  Promotions need to be fair and there needs to be an aversion of promotion and status obsession.

Since a team needs both Rock and Super stars it is important to look at how you reward Super stars compared to Rock stars as most talent mapping or pay review processes favor the super stars not the rock stars who the team actually depends on. The rock stars (bottom right) deserve recognition and respect as much as the super stars. The aim should not be promotion as this might not be what the rock stars actually want but there could be other things or opportunities you could give people such as being a guru or teaching, these might not be what they want to first find out.

For people stuck in the middle or top left they need help moving them to the right and if this is not working then likely they will need to leave the company.

For people Super stars in the top left there might be reasons they are under performing such as wrong role, taking on too much too fast or a poor fit. For these people a change of role might be needed.

For under-performing rock stars and super stars who are in the best role then they need to find a new company. Firing people is never an easy thing and managers tend to do it too late because they think it will get better, somebody is better than nobody, better to transfer them to another team or they are worried that firing them will be worse for moral. In reality these are never good reasons and they should be helped and if that does not work they should leave the company to find a role that is more suited to them.  Don’t unilaterally decide to fire someone, consult with others to get a fuller picture but don’t wait too long to do it – genuinely care and follow up after they have left.

Ways to give praise and criticism

To push people and to avoid boredom

Complete three meetings with each person

Get stuff done together 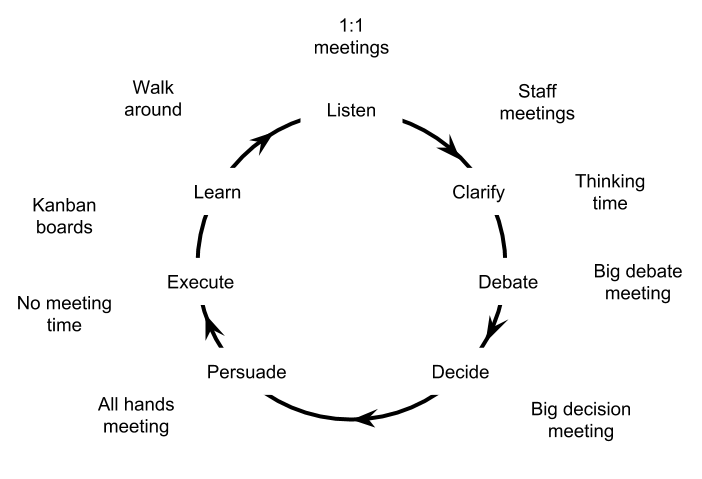 There are a couple of take aways which I feel are really useful from this book. The more structured approach to understand peoples motivation, the idea short feedback – I think the idea of “micro feedback” is one which I will pick up as well as the sequence